Time flies, I didn't notice that my last post is already 3years old...

In the meantime, I have worked on several engines, with other devs... But today, I passed an important step in the development of Escape from Hell, an old games from Electronic Arts. I loved its spirit when it was released, played it a bit but never managed to go really far in it. So, I worked on it based on good memories and, of course, that this game is particularly obscure and unknown. 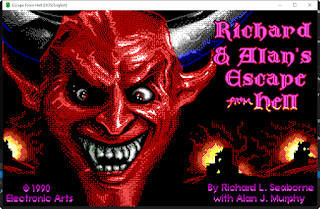 I created a PR on 23/11/2022. The game was mostly reversed, as usual without sound, but it wasn't working so well. It was riddled with bugs, savegames weren't implemented, a lot of functions and variables were using generated names... In short, it was good, but clearly not enough to be sure I would finish it some day. I didn't want to have (yet another) unfinished engine merged in master... So the PR was tagged Not To Be Merged. I got a nice pile of comments from Eugene, that was helpful to improve the engine :) 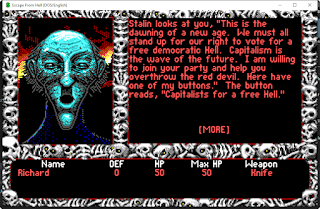 Today, exactly 2 months later, I finished implementing the last sound function, and music has been working for two days. I have given a name to all the functions and most of the variables, savegames are working, and I squashed a lot of bugs in the process...I'm now confident that the engine will be finished soon, so I modified the PR so that the team knows it's worth looking at it and consider a merge after some more polishing :) 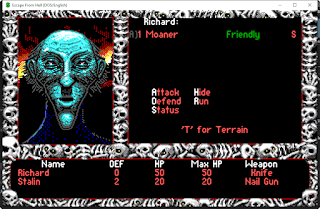 So, don't hesitate to build it and give it a try :) It's a keyboard only RPG game, it's hard, but it's fun and you end teaming with various bad guys, such as Stalin or Gengis Khan... :)
Have fun! 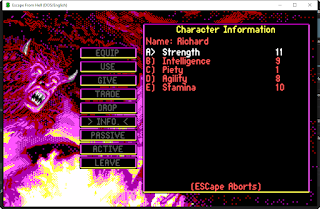